Who is Tomorrow's Hangover?

The band represents many parts of the province: from the capital city, to Conception Bay North and central Newfoundland, and all the way up to the Big Land. Tomorrow's Hangover's sound is as eclectic as its members, playing a mix of originals and covers, that are sure to bring a crowd to the dance floor for a scuff and a singalong. Heck, they'll even play your wedding, if you ask nicely enough! 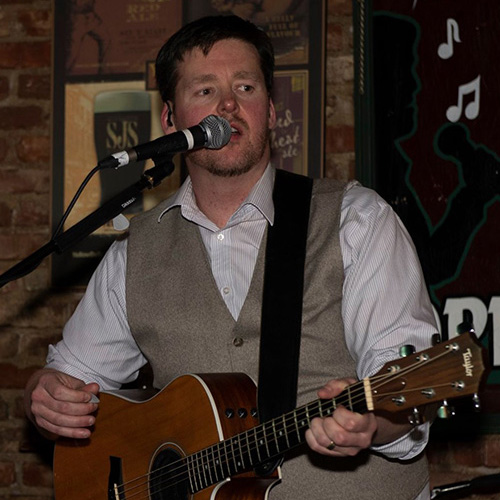 Hailing from the community of Red Head Cove, Neil was always surrounded by music. His dad Joe, a fisherman from the cove, and mom Bertille (Walsh), a school teacher from Bay de Verde, always made sure song and dance filled the air.

Neil was fortunate enough to survive the grunge scene of the '90s with a love and appreciation of Irish and Newfoundland music.

He started his musical career in The Ray Walsh Family Band, playing bass, guitar, and singing with his cousins and uncles at many events and concerts around the province.

Neil is very aware of how lucky he is to be playing music with his two best friends and his amazing wife, Jen... (So, three best friends.)
‍
Neil is the tallest member of Tomorrow's Hangover. In the band, he plays guitar, harmonica, sings, and wears vests. He's very happy doing all of those things. 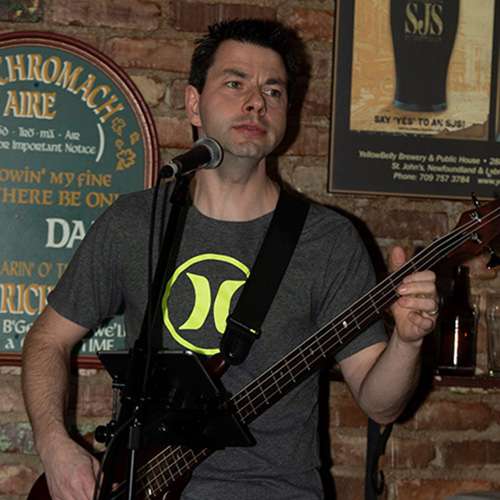 Originally from Labrador City, Trevor has always been in love with music. From the early days of playing keyboard with his mom on telethons when he was just seven years old, Trevor knew he would someday be part of a great band.

As Tomorrow’s Hangover’s bassist, Trev keeps it real. He can also be found beating the bodhran while belting out "Excursion Around the Bay." That said, his favourite thing to play is his baby grand while Jen sings Lisa Loeb.
‍
When he is not on stage, Trevor loves to cook with wine. Sometimes he actually puts it in the food. (Bada-bump-ching!)

Trevor married his high school sweetheart, Jaime, and they have a 10-year-old son, Adam. 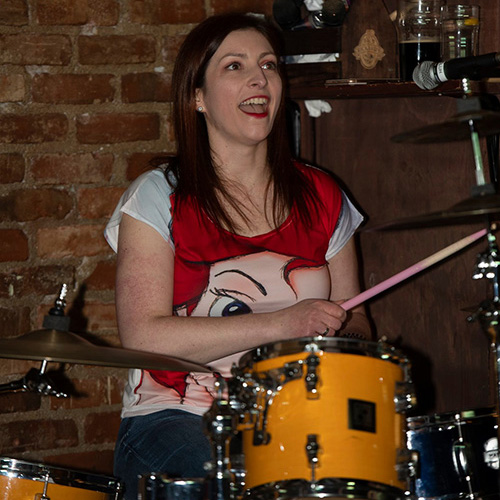 Music (and media) have always been a big part of Jen's life. Born and raised in St. John's, she moved to Toronto for a stint to pursue her passion for journalism at Ryerson University. She later became an editor for a Canadian music magazine and website, and interned at MTV Canada. But like many a Newfoundlander, she knew the Rock would always be home. She currently works as a producer/reporter with CBC News in her hometown.

While it was love at first sight, Jen didn't really understand Neil's favourite bands, which ranged from Pearl Jam to David Francey. But over time, she grew to love Neil's Sunday morning routine of cooking breakfast while listening to Irish Newfoundland music on the radio. (And Neil in turn learned to stop making fun of her indie bands and actually realized they were good.)

In her spare time, Jen likes to go horseback riding, drink craft beer, go on travelling adventures, play video games, and bang on the drums in Trevor's garage. She also loves singing harmonies with Trevor ("More Than Words" and any '90s song) and Neil ("Harvest Moon" and any Decemberists song). 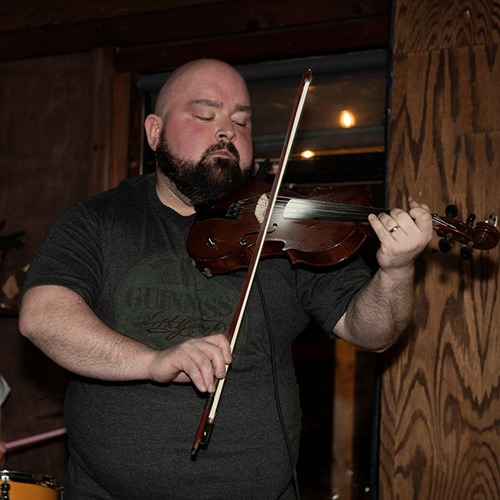 Originally from Gander, Steve made music a part of his life from a very early age. He picked up playing the piano and guitar by ear, while listening to recordings of various Newfoundland and Irish musicians, school plays, and music productions. Whenever there was a family function, Steve was always encouraged to “play us a chune."

Steve later picked up the fiddle, mandolin, and tenor banjo, and started playing venues with a couple of trad bands in Gander. He has always had a deep love and respect for Newfoundland and Irish traditional music, and pulls from influences such as The Dubliners, Ryan’s Fancy, D’Arcy Broderick, and Stan Rogers, to name a few.

Steve also loves classic rock and country, and is a huge Springsteen fan. When he isn’t playing a few tunes, his interests are baseball (Go Jays go!), fishing, and history — in particular, anything involving Newfoundland.

He lives in CBS with the love of his life, his wife Danielle, and their feline youngster, Oliver.

Thank you! Your submission has been received!
Oops! Something went wrong while submitting the form.